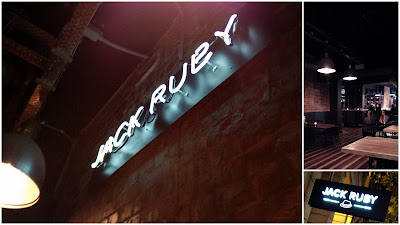 Stranger in a strange land, not only is it a book title and an Iron Maiden song, it was also how I felt roaming the streets of Adelaide.

Walking despondently back to the hotel after walking along Hindley St and Weymouth St in search of something other than a hotel restaurant or dodgy old pub I eventually came across the neon signs of Jack Ruby. 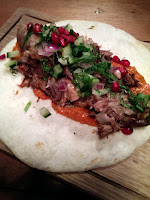 My initial impression was wow, this looks like something I would find in Melbourne, basement location, cool fit-out, a wide range of local and imported tap beers and a menu that read as fun and delicious. The only thing that seemed incongruous was the fact that it wasn't packed out with a queue like a Mamasita.

Venturing in we were greeted by friendly staff and went over the menu. For a starter it was hard not to go past the soft shell taco's. The braised lamb neck, harissa, mint and pomegranate combination was a smash, just the right amount of heat with the bursts of pomegranate adding texture and flavour. This was the kind of food I was expecting and wasn't disappointed. As good as anything from Melbourne's best without the attitude! 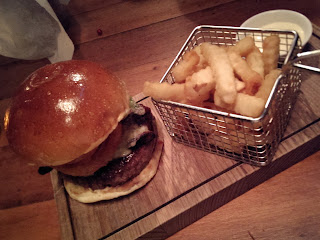 Following on we went for the special of the day, The Texan Burger which featured a perfectly cooked pattie of well seasoned meat garnished with an onion ring, chipotle between a brioche bun. Two words, simply awesome. I've been a bit weary of late of the whole gourmet burger trend, but it was great to enjoy such a well put together burger that could also be easily picked up and eaten as a burger.

Overall Jack Ruby is a gem, a few months after opening it is running well and hope the standards stay up there and that it succeeds.