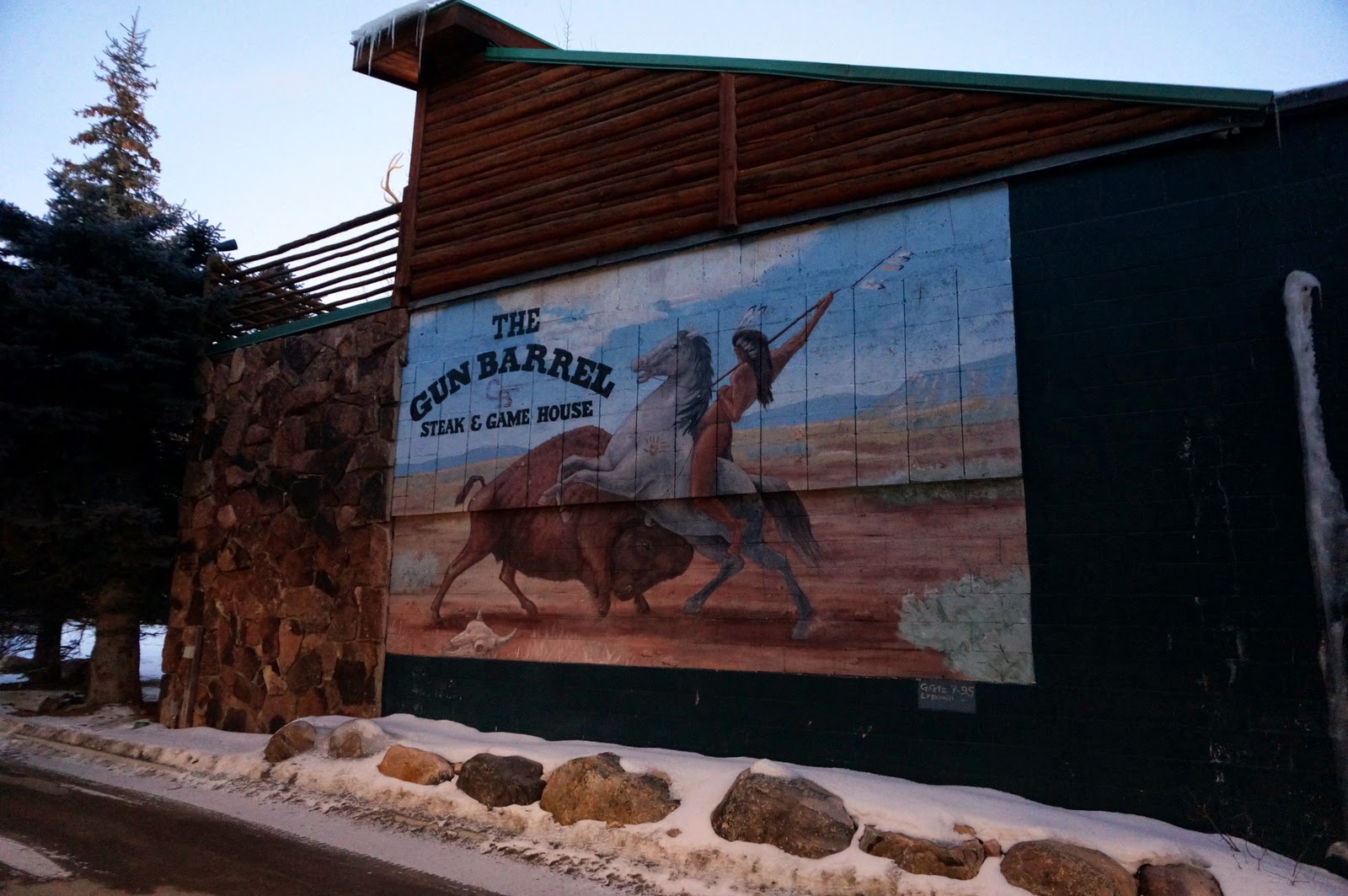 Often Australian's are accused of bluntness to the point of being outright. Those accusers have never been to the state of Wyoming where restaurants such as The Gun Barrel steak and gamehouse exist. There is absolutely nothing subtle here, the large wooden restaurant is adorned with a mural of a native American spearing a Bison sums it up.

Upon entering, there is a stuffed bison that may or may not be the one from the outside mural, but it does give one an appreciation of the size of the beast that is an option featuring several times on the menu.

If you haven't figured it out by now, The Gun Barrel is about one thing and one thing only. Serving up the best of America's game with a few non game options for those "bleeding heart liberals". Options for trout, salmon and chicken all sound reasonable, the reality is the speciality here is the mixed game grill - AKA beasts on a plate.

Since this was my first and possibly only visit to the Gun Barrel, the Mixed Game Grill it was and what a superb plate of meat it was. A plate of venison sausage, elk steak and rare bison rib eye delivers to expectations.

The venison sausage was rather tasty, the elk steak was a tad over medium which was a shame, but the rare bison was pure carnivore nirvana. Tender and succulent, I can see why the natives prized such a beast. The accompaniments of beans and mash were nice, but this was all about the bison.

The dessert of apple pie with whipped cream that may have been from a can was OK, but after such a great piece of meat with a few nice reds, this was not judged too harshly. If I were to return though, I would forsake this for more of that succulent bison.